LED: What you should know 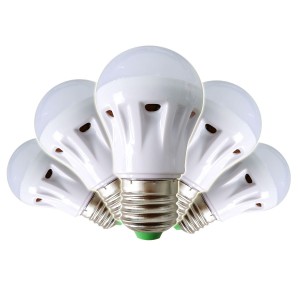 Of all the technologies of the everyday life, the most archaic are incandescent light bulbs. We can even wonder how they were able to remain unchanged for such a long time, because they are a little effective light source: approximately 95 % of the energy which they consume is transformed into heat. That is why they were recently gradually forbidden almost everywhere in the world.

After years of improvement, LED bulbs finally reached their goal which is to propose an effective solution of replacement of the classic bulbs of 40 and 60 W.

The main advantages of these new bulbs are obvious: they are very energy-efficient (they can last more than 20 years) and, in most of the cases, emit a quality light. In addition to that, they are solid, give immediately their maximal luminosity and do not pollute (contrary to compact fluorescent light bulbs).

Other advantage: they are particularly well adapted to the intelligent lighting systems.

After a constant reduction in the prices and a significant improvement of their design, we arrived at the point where numerous companies can propose LED lightning covering all the range of luminosity and all the uses(practices).

The question is: what are the important criteria allowing to differentiate them?

Up to recently the consumers were used to measure the luminosity in watts, which expressed the quantity of necessary energy for a given lighting, because the luminosity of incandescent light bulbs was directly determined by their consumption in watts.

The bulbs of low consumption allow to produce much more light with much less energy, that is why we use now the lumen, which is a unit of bright power, to indicate the produced luminosity. Bulbs to recent LED can emit up to approximately 1600 lumens, the same thing as an incandescent light bulb of 100 W, for a consumption near 22 W only.

The LED has an angle of variable distribution. If you wish to buy a LED bulb to replace an incandescent light bulb, choose a multidirectional.

The color is measured in Kelvins ( K ). Incandescent light bulbs, to make you an idea, had one color temperature on about 2700 K ( yellow light). Above, colors are colder (white light) and down they are hotter (yellow-orangy light). The Index of Depiction of Color (IRC) goes from 0 to 100. The daylight has an index of 100. An IRC of 80 at least is advised(recommended) for a lighting of inside.

Certain LED has life cycles announced of 50 000 hours o’clock, what can amount to several decades of functioning according to the use which you make. Contrary to incandescent light bulbs, LED do not burn(blow) out, but lose gradually their luminosity.

To calculate their longevity, the engineers run bulbs during several months to obtain a precise estimation of the rate of weakening of the light.

By using this information, they can calculate the time which it will be necessary so that they arrive at a point where they will shine only in 70 % of their initial luminosity (what means 30 % of loss of luminosity). This point, conscript L70 is the standard used for LED, and there is a good reason in that: the human eye cannot generally detect a change of luminosity before she(it) undergoes a 30 % weakening.

Certain LED is much more solid than others, but this characteristic is not indicated on the packaging then it will be necessary to you to consult the tests before buying.

To evacuate the heat produced by the tiny LED, bulbs need dissipators of heat. Numerous LED have metallic fins on their lower half, what can give a rather strange light. Others can take place of complex cooling systems at the price of a rather special design which no more makes them look like bulbs.

The offer of LED goes of the simple solution of replacement of an incandescent light bulb until very advanced solutions.

Among the possibilities proposed by the advanced solutions we find controllable LED by telephone offering you the possibility of choosing a color from a complete pallet, of scheduling(programming) the ignition and the extinction at the precise moments, of synchronizing bulbs with a motion detector so that they ignite as soon as you enter the room(part,play), or even to make flash the lights by synchronizing them with the music.